Who owns the Truth? 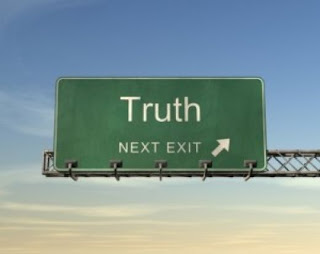 Tim: I sometimes wonder if we all should start another site on FB for discussing different spiritual matters and keep this page just fot phase 2 busting loose work?

Johanna : I have been writing EXACTLY about Roberts book and quoting it line after line hahah

Tim : ‎@Ilona-No I just think there are a lot of new people just getting into the busting loose work which at the beginning can be a little confusing and all this off track talk defeats the purpose of this page. If people are into energy,LOA and whatever your going on about they can find other pages dedicated to them such as your interesting blog.

Tim : ‎@Johanna-I was not including you in my post, what you have been posting has been what I think is the true purpose of this page.

Ilona: It is amazing how people choose to believe anything just as long they do not need to do their own thinking. But well, nobody taught us to think. Memorising is not the same as thinking.

I really know where you are, because I've been there. 9 months. Lots of drilling, smiling and taking pain. It's all wrong. Stop owning pain, stop thinking that it is you that creates it and it's no longer yours. It's just pain. Detached, impersonal pain. Comes and goes, flows by.

Read this till the end. it's extreme, it's real, amazing I would say:
http://absoluteveracity.blogspot.com

Tim : I think its amazing that you feel you Know the Truth and almost seem to be browbeating people into your way of thinking. I do however truly respect your beliefs and I know you are coming from a place of love.

Ilona: Tim. Cut the Chase. Help people to bust loose, not to learn method. You may save them years. This is what Is happening right now. I saw the truth, I am no more a separate being, doomed to suffering, trying to get out, bust loose, escape what is. I came here to bring the light. because BL was the last stop before the real change started. The change that killed the lie, this is big.

You are very close people, very close, because to accept Roberts model takes a lot of courage and a lot of dedication to the cause. You are here looking for the exit, or are you just happy to grind?

I was looking for exist and I found it.

It's the no self thing.
Investigate, engage, check it out and tell me what you think.
Tim, you too.

Read McKenna? No belief is true? That was what set me off .  Thanks to Robert, he recommended Jed. :)

Tim : Yes I have read two of his books and recommend them to others. I too have traded my beliefs for what I have come to know as my Truth.

Ilona: Your truth is:

Tim: Mine to keep and of no importance to this page

Ilona: So there is truth and then there is your truth. Is that what you are saying? Smells like belief.

Of course you can believe what you want. (blue pill)

No belief is true. There is one truth, that which can not be simpler.

Ok. Keep your truth. Defend it if needed.

(There is no such thing as your truth.)

Tim: My Truth is Truth and I let others have their Truth

I have my truth.
But there is slight problem here, I don't exist.
Hm.

Mary: Ilona, if you don't exist who was it that just said, "Cool, you win!"LOL

Nory:   going back to perhaps "discussing different spiritual matters on another page…" well… that might be hard to do, as "IT" is so interconnected. this reminds of what a Tibetan Buddhist lama was saying about the interdependence of things (but, ...sorry, i admit i don't recall much about it ;) ). of course, we are "discussing" this in "relative truth," in "the game." i'm thinking that "absolute truth" (truth with a capital T), is where "ONEness with everything" is all there is, and cannot be described in words… ooops! went "off topic"! i do feel that want to focus on just our Phase 2 adventures on this page sometimes…

Byron : Discuss what you FEEL motivated to with a capital F

Johanna : HEY GUYS!Its a real long term truth that everyone has their truth, spiritual stuff has similarities all over the writings, the new age kind of stuff says we are Creators all the time, Rob has one theory, we all have the right to pick up books, read and think. There is no one book that has it all, and there is always the reader.-

Ilona: You all have been seriously brainwashed. Seriously. You, who are thinking that "my truth" is better than "your truth" or that there are different truths at all.

It's either truth or lie. Choosing lie is not gonna make you happy, but confused!

Good luck in your games, people. I'm not here to pull you out of sleep, just bringing message for those who are ready to wake up.


This discussion happened on Robert Scheinfeld page. He is an expert of Truth with capital T.

There is no truth with capital t and separate truth with lower case t.

It's either truth or belief. Labelling set of beliefs "Truth" with capital t does not make your beliefs true. It's like closing your own cage from inside and swallowing the keys.

No one owns truth. You can not buy it or sell it. Because the truth is -you don't exist. All there is is just life, flowing. 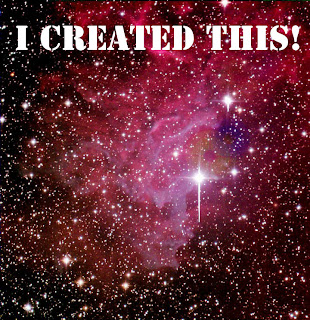 In a short chapter "who am I"  Robert says:
"We are spiritual beings having human experience."
And:
"who you really are is what I call an "infinite being"".

The truth, he says: We are infinite power of the Universe, the power of Pure Consciousness, power of Infinite Intelligence, the true power of god.

It's is nice to hear these things, isn't it?

Now that is a serious dose of I Virus!

I did inject my system with it, I was no different. I wanted to believe it and I did accept that as my truth.

Life became a game to me. I was claiming power while creating everything including my own suffering.  That game was called "busting loose". It promised me that if I use the tools, one day I will be free from suffering. ( no more cloud cover, pure sunshine )

After reading Jed McKenna I busted loose from playing games. I did not want to keep playing somebody else's game with somebody else's rules and somebody else's "truth".  It became pointless. Affirming the "truth" that I am an ultimate power of the universe made no sense anymore. I actually left the Facebook group convinced that busting loose is a cult.
Everybody there were repeating Roberts words like parrots, like robots: I am amazing creator, I created you/ me and everything else. I am so amazing!

It was sickening. To see this from the side is like watching drunk people while sober. Only these people were drunk on somebody else's truth. 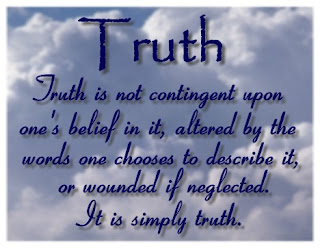 I went back now, with new eyes. I found same people playing the same game with addition of some new players. The game goes on. And they enjoy it. They have their truth. Now they live in a bubble of their own magnificence. They also get an Expanded Self.

Some of them bought the truth from Robert for $1000, that's how much the home system costs.

What they really bought is a game, where they are most powerful being in the universe, creating all what is.

That, my friends, is a serious delusion.