This is a call to arms! 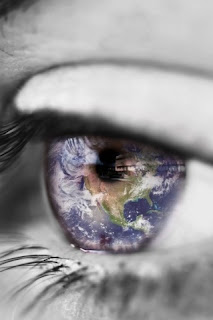 OK, so you saw the light or if you didn't at least you know where the door is.  You can walk your circles and when you have enough, it will still be there.

But if you did become one with all that is,  if I virus is gone, that is fantastic news! You can live you life free of mind games, free of loops of judgment and fear. The deeper you go with it, the more is revealed. This is a whole new world. The real one!

You need to focus though. Get pen and paper and do the math. Head is not the best place for thinking. Writing makes it clear. So do some writing, see what thoughts are visiting and let it all sink in.

Now once you are out of your mind and see life as it is, what do you see? Are you still an amazing creator? Is murder, rape, child abuse, animal cruelty real? Is planet being abused by humans who think they own it? Do you think that your family, friends, people on the street are real as their pain too?

We are all part of our environment. Nothing is separate, life is interconnectedness. Which is good news! The more people get awake from their own imaginary worlds the less destruction to the planet. Then the planet can heal. I want the planet to heal. I care. Do you?

So don't bliss out just yet, there is work to be done. Don't rush with shaking people out of sleep either, they not gonna like it. Zombies bite back. You know.

What you do is you look at a lie and look so deep, that you start seeing the bottom, then hit it. Just look it in the eye and tell the truth, make the lie expose itself and then it goes pufffff....

You are the antivirus now. You have the spark within, keep it burning, pass it on.

Imagine now you are an adult and all these kids are believing in Santa. You look and think: "Nice, why to spoil the dream? It's magic." Does believing in Santa makes a better kid? No. It just fuels imagination and a lot of crap gets attached to the idea of Santa being real. If you expose the lie of Santa, Santa does not die, it's the lie that dissolves.

Same with the lie of self. It's just a lie. Once lie dissolves, nothing changes except that you get clear view on what is going on. So look around and pick your fight with the lie.
It's fun and you are doing something to help the world that we all live in.

Don't be a bystander enjoying freedom by yourself. There is a war going on.
Get your weapons sharpened and learn the martial art of slaying.

I'm looking at the lie right now:
"We came here to play a game of being a human on earth."

We came to play? Yes, but not a game,  a role. It's not our game to play, it's not a game, it's evolution. We are the evolving human. That is our part we play. The asleep are playing games in their minds and they think it's all there is.

You have to focus now.
You are the hero.
It's your show, your time to fulfill the role in the plan of evolution. Be the change. Keep fire burning.


And if you still believe that you exist, then destroy the lie within. Go and stare at the truth.

There is no you, there never was.
Grow up.


O yeah, if you like a bit of heavy metal check out In Flames and Dark Tranquility, you will know what i mean....
Created by Ilona at 17:35