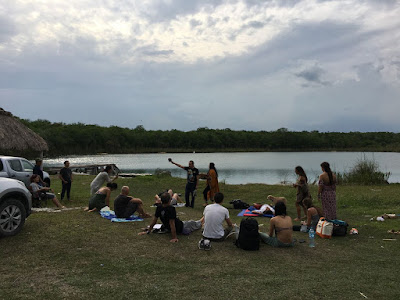 Warning! this article is controversial. Some ideas may trigger resistance, frustration, resentment and other intense emotions. In such a case, you get something to work with within. You do not have to agree with my views or choices, and I'm free to live life as it comes.

There is a kind of taboo in the awakening marketplace about using psychedelic substances. If this is something that you are attracted to, by all means, find some and explore. Of course, Shamanic medicines are not for everyone and I'm not here to say what is right for you. It is right for me, as I am a fearless space captain and I am curious about consciousness itself. I don't stick to any traditions but rather test and ride various ways.

I wrote back in September last year, about my journey to Mexico to find magic. I found magic then and received a message that this was only a beginning. The message was strong and I got back to Mexico as soon as my husband and I could do that to see what happens next.

Here we are in a beautiful Caribbean beach village, enjoying life, meeting people, sharing Ajna Light and having lots of treatments. My favorite is Sand-Sea-Sun treatment that discharges, recharges and washes away all tension. The natural technology of release.

Ever since I came to this place, it feels that I have entered some trip. By trip, I mean that there is a sense of surrender and something taking over. If you've never had a psychedelic experience, the word trip means nothing to you. Days change, but the sense of being taken by life and magic remains. The energy is very strong here. I love how the body feels, the heat and how gently the sun is received. It feels that this place is breathing and waving. If I sit on a sofa and body relaxes I can feel the waves of the ocean passing through. There is music in the ears, playing all the time, one wavy melody. It's so audible that sometimes I have to check that the player is off. The player is off, but the music still remains.

There is a sense of grace and wonder, of being led to people and events. We made friends with a couple of healers here and some magic mushrooms arrived; the trip got even trippier. These ones, called San Juan are the most amazing mushrooms I've ever had. I tasted different kinds back in the UK at the time when I could buy them in funky shops. These mushrooms are called Golden Healers and they were named correctly. The trip was very light, fun, and with eyes closed, I could see golden light, patterns and visions. That was the most beautiful, lighthearted healing experience. It felt that golden light was filling the space within. There was an expanded awareness of spaciousness, a beautiful impermanent state, a moment of melting into light. Then back to normal but somehow different, refreshed.

Our friends introduced us to someone that was organizing a Shamanic healing event and we signed up for it. This was another chance for me to taste Bufo medicine, or as locals call it Sapito.
Basically, the smoking secretion of the Bufo Alvarius toad gives a hit of pure 5-meo-dmt which creates an explosion in the system, which only happens twice in life naturally, when you are born and when you die. This natural substance is in all of us, in plants and animals, it even has a name of the God molecule. If you would like to read more about it, please do your own research, there is plenty of material now on the internet.

So here we are, going into the jungle, meeting with Shamans and going for it. We met a nice group of people, some came from far, some tried before, and a few that this was the first time. The group was multi-national, the ones that spoke English turned out to be various artists. Locals were setting up sweat lodges while we were chatting with people. A woman started singing, I noticed the Shaman coming in with his bag of tools. The energy of the place changed. I could notice little nibble of fear showing up, like- -are you sure? This is it.. am I ready?..

The shamans came from a different part of Mexico, they get the medicine from the Sonora desert toads. They did not speak English. The first part was a treatment with tobacco ash that is blown into the nose and clears whatever is stuck there. I watched a friend receive it, it did not look bad so I went for it too. It's called Rapè. (not rape) it feels like a shot of intense sensation, then I felt that the whole body became more alive and vibrating with energy, like something was opened up. A nice sensation after. Colors got brighter and it was easy to breathe. They said it cleans the pineal gland.

The sweat lodge followed next. That was an interesting experience. We sat in a very hot tent in the middle of the hot jungle! There were hot stones in the middle of a circle taken from the fire and the Shaman was pouring water over them, creating steam and more heat. He was putting something on the stones that filled the tent with a delightful smell. His woman was leading songs. The whole tent, 15 people, were sweating out toxins and singing along. It was so much sweating that I could not open my eyes, the salt was making them hurt. It was really hot! But it was part of the preparation for the journey ahead.

After the sweat lodge, the jungle heat was just lovely. Next, we all went to the lake to clean ourselves. The beautiful water felt so refreshing and soft. I could stay there for hours, but we all were called to start the ceremony. 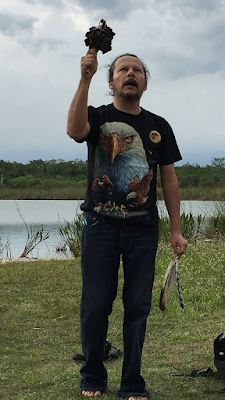 Before I get into describing what it was like for me, I just want to say this: If you are called to do this, take it extremely seriously. This is not a joke. This is not a drug to get high. This is the most powerful medicine, it is very strong and integration after receiving it can take some time and be intense. There are a few testimonials that something went wrong. So the most important is to know what you are up for, research your Shamans and have time and environment to integrate. Best is done in a safe environment with someone that has been working with this medicine for years.

So here it was, a pipe in front of me. There was no thought, no fear, just flowing with the moment. I inhaled slowly, a thick brown smoke. At some point, I got that the pipe looks different as if pixels on a screen have mutated. I remember nodding slightly and falling backwards on the ground.

Whoa, there was a sense of direction, with little disturbances, as if I was going through waves of frequency closer and closer to .... God..... there was melting in, ceasing of turbulence... release so gentle that it felt like last hair that was held on to ripped. Then OMG WOoooooooo incredible sense of gold space of love, peace, divinity, oneness. This was IT, so-called Death, so beautiful and spacious. There was only this. There was totality, absolute, consciousness in fully opened glory. The feeling of golden love, love of God, is indescribable.. mmmmmm wooooooo!

Slowly I was coming back into awareness of the body and surroundings. The body felt like every tension had left, mind came back stunned and silent, taken away by what became known. It took a while to come out and be able to stand up.

Interestingly, I had no sense and no memory of the body or mind at all, but while consciousness was 'traveling', the body was making some movements, kriyas and making sound aaaaaaa.. 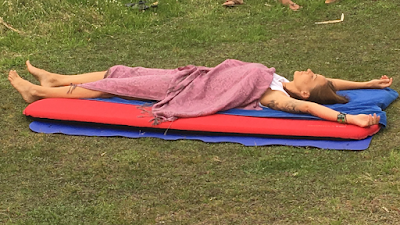 The spaciousness came back with me into this realm. I can still feel it days after.

Other people had their unique journeys. One girl was crying so much after seeing the vastness of love and beauty she could never imagine. This was deeply touching. One guy was shouting that we humans can do it! And we have to do it! The change is already happening! (he does not remember that) someone else was throwing up and clearing what seemed black stuff to him, out of the system. Others laughed. Everyone that went for that experience came back changed. So did I. I had only one intention and that was to meet the creation. I got what I came for. I saw what I could never imagine.

I remember thinking why something as beautiful as this is feared, why death is perceived with grief? It's strange, at least.

It took a few days to get back to normal. Three days rolled into one. We took more magic mushrooms to assist the energies and to finish healing. The expansion ripped through all the cells of being, the spacious feeling was still here. Even in sleep, it no longer feels dark, deep sleep feels like golden light. Mmmm

Knowing this experientially is IT.

I would not call this enlightenment. It's more an experience of illumination. It came as it was called for. It can come in any package. All one needs is a pure intention to meet God. Toad medicine was a one-way ticket for me to meet the divine, eye to eye. It does not mean you need it. It only means this was the way that the experience showed up for me. If there is judgement about this, then you are missing the point, that a wrapper is more more important that the candy.


We meet divine in every moment, no need for toads or mushrooms to participate. The depth of conscious recognition is what determines our sense of connectedness with the whole and perception of reality. We have a personal, intimate relationship with what is, we are what is expressing as us, as all life. I am that which is expressing as me.

The mind can not get it because mind too is a form, an expression of existence as the mind.

When everything calms down to stillness there is an opening to being. When all vibrations and turbulence cease there is pure light and lightness. Delightful.

Love divine is nothing to do with a person, it's what is left where there is no more I, me, no other. Just a field of infinite peace.

A few days after, I still feel the spaciousness that was not here before, it feels like old patterns collapsed, like a huge clearing happened, that affected all areas of my life as an individual. There is wonder and curiosity of what happens next and an openness to whatever comes. 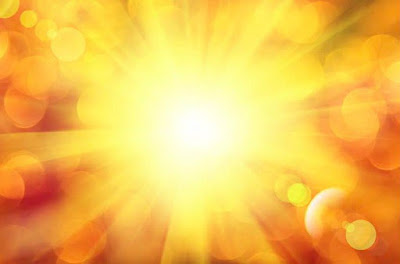