Yes, there are real masters and they are rare and precious. But most enlightened masters you will meet, especially on the internet, are wannabes who believe themselves to be special. 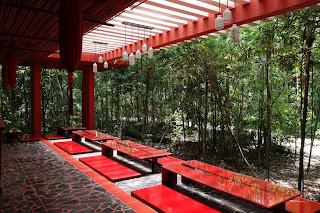 While in Mexico I had a pleasure to meet an extreme case of fake enlightened master called swami Rajneesh. He built a retreat center in the jungle called Ozen. Thousands of spiritual tourists go there looking for something. On the good side, there are music festivals there, that attract lots of young people, yoga teachers get to share their teachings and so on. But when I walked around the place, the energy there was strange. It was shocking to see white marble floors and chandeliers in a jungle. It was so bombastic and surreal to see Japanese restaurant and star-shaped glasshouses that did not seem to belong there. The atmosphere was odd, something weird was going on, I could taste the flavor of fakeness in the air.

And then I met the master. In the first three minutes of the conversation, he introduced himself to me and my husband as an enlightened master and said that he does not need to explain himself. I could hardly hold a straight face listening to his stories about his achievements and it was rather unpleasant to watch young devotee girls and boys staring at him without blinking, listening to every word. 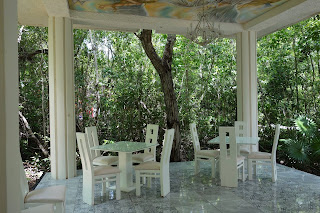 This enlightened master has quite a reputation, but I leave it here, if you are interested, google him and find out more. He is the author of a few books and one of them is called “I and I”. He was very proud of that. And frankly, we spent an hour listening to him talking about himself, how amazing experiences he had and how special he is. He claimed that he spent 8 years in silence on a mountain, but the volume of his speech was saying that is not possible. There was no peace around him.

We brought Ajnalight for him and people of the center to try, we thought they may be interested in meditating with the light and we were wrong. Swami Rajneesh said that light is dangerous. That the guy who invented it is harming people and he said it all before he even tried it or heard what it was for. After trying it out for himself he was impressed with the technology, but not interested.

That’s the fakest teacher I ever met in person. And the ego was so inflated you could wonder how he can fool anyone, but there were enough young seekers around him who followed him and craved his attention. Nothing in the center went without his blessing. It was obvious — this is a cult, created around some very shady personality on an ego trip. Why are these people believing him?

If one is repeating often enough about how enlightened one is, there will be followers and someone will believe that. Many people are seeking and a strong personality has the power to attract. The worst thing is that the person starts believing that he is enlightened himself. And that is dangerous, for him and everyone around. The especially special person will become a teacher that will promise you that if you followed them they will give you what you want, only to hook you on and get your money and will power.

There is an extensive history of cults on this planet with extreme outcomes and mass suicides, where believers follow and are manipulated by the leader of the cult. And if you know anyone affected by cult movements or lost a friend or a family member to one, you know how insane that is, how dangerous it is and how innocent people that want to believe, to belong, get hurt. Even if it ends well, it is a painful lesson with a high price to pay for being a part of someone’s ego trip.

I had a friend once that we spent a lot of time talking on Facebook. I witnessed all her hardships, hang ups, addictions and behavior left from unhealed childhood traumas. She is now writing books that are filled with stories about her, calling herself a Buddha and giving practical advise on enlightenment. In reality this could not be further from the truth. I met her in life, outside Facebook. That was a meeting that ended our friendship. She wanted to be a teacher desperately and could not even face her own shadow. It was too much for her - the contrast of wanting to be someone important in the world and terror of being utterly lost. I could no longer support her ways and her ideas and had to cut myself out from that relationship. For that I got plenty of back slashing, attacking, denying, public revelations wrapped up in words like “I’m honest, I’m transparent, I’m special.”

She has followers and admirers who will feed her ego and allow her to grow it. This really is not a good idea to do that, because it’s dangerous and deceiving. To this day she can not face me as I remind her of deep pain within, that hasn’t been resolved and all she knows is to avoid it. By putting a mask of someone entitled to give you advice on enlightenment, she is playing a dangerous game with herself. Irony at it’s best.

You would laugh out loud if Buddha told you that he is learning how to be himself from Human Design or astrology. Or that he needs a certificate to coach people how to live. Supporting such ideas leads nowhere near freedom. This is a trip that sooner or later will have to end in crashing down. When that happens the victim of her own specialness will be free. But as long as one believes to be enlightened and has the support of the crowd, one is blind and dangerous. Dangerous because she puts herself on a pedestal and plays the role of a teacher — the biggest prize for the ego. Where is a need for followers, humility is lost. Then there comes a challenge of keeping a perfect image, that would be loved and adored. But under that mask, there is a lot of pain, which is screaming to be healed. Only it can not while being denied and run away from. There is no sense of peace around such a person and you can taste a flavor of the desperation of being accepted as someone important and exaggerated need for attention. Being kind in such a situation is not supporting inflation of the enlightened ego at all.

So if you read a book or go to a meeting with an enlightened master who introduces himself like that, don’t take him seriously. Don’t take advice on enlightenment from just anyone that assumes they are entitled to give it. Of course, reading stories about someone else’s seeking experiences can be helpful, fun and entertaining. You may resonate with experiences described and like the author for good writing. But don’t be fooled. Stories about me and my extraordinary experiences have nothing to do with enlightenment. 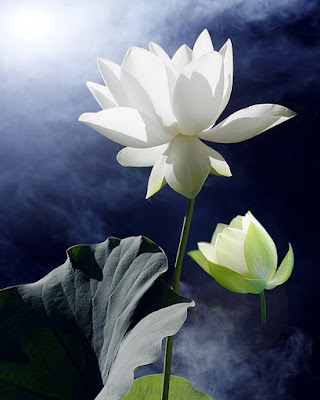 Beware of fake teachers. They may know or not what they are doing. But feeding them your energy is certainly not doing any good. Sometimes these people teach us how not to behave.

Life dances and experiences show up filled with life’s lessons. There is nothing wrong with that and we are here to learn and to respect the journeys of others. Believing yourself to be enlightened can be a real trap as well as following one of those humans. An especially special persona can be recognized and avoided. Better look inside and find that timeless being which needs no following nor followers and can simply enjoy being, in all the ordinary simplicity of peace.
Created by Ilona Ciunaite at 09:56 9 comments:

The Metaphor of Water


Created by Ilona Ciunaite at 14:38 No comments:

A Gift of Presence

Created by Ilona Ciunaite at 14:45 No comments: