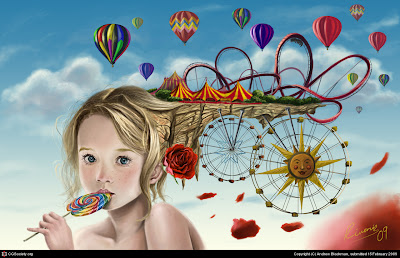 Thoughts are like painter's brushes, one can use them to paint images of reality in imagination. Fictional worlds are many, characters are real, vivid and it's easy to get lost in the mind.

You can close your eyes and imagine yourself somewhere else than where you are. As well as the past and future. Memories are also in imagination, same like fear, worries about what's to come. Depending on the mood your world can be painted in different colours...

Most people live in their heads. Sounds familiar? Look into your thoughts through the day, what is it that they contain most? Past, future, Jesus?

Thoughts either reflect what is or create what isn't. But they are never gonna touch that which is beyond mind. They can only describe what is within the limits of language.

The power of thought is real but only in the imaginary realm. In reality, thought has no power. It can not manipulate what is. The power is behind the thought in feeling, intention. Thought translates unseen into seen. Like electric current, it connects two worlds: real and imaginary, feeling and words describing the feeling.

In reality there are no separate selfs. All is happening without "you" doing anything. Just watch nature, see how alive everything is and how your body is not separate from it. The separation is in imagination.

Thoughts are happening, they come and go. If one thought persists, it becomes a starting point of beliefs that sprout from it. So here comes the thought "myself" and beliefs start circling, clinging, attachments form, imagination runs wild and here you go- you don't even have a clue, that all you believe is true just in imagination. You take all that for granted and never question if what you know is true.

One word: Jesus.
Imaginary Jesus lives in a head builds walls around with religious beliefs. Don't touch Jesus. This is one thing that religious human will defend with zealous force and will not let anyone challenge that. Well, Jesus is not here, so he can not clarify what happened, really. So all beliefs about Jesus are just that- beliefs. This is a grand challenge to open religious humans eyes, cause they are not going to let you. It's unthinkable in their view of reality. Imaginary reality.

Everybody lives in separate imaginary worlds. That's how the planet got messed up. People don't see what is, but only what they believe that is. As many people- as many realities. Unless you wake up, you live in a fantasy world, missing the point completely.

To end the separation one must be willing to surrender and let go of imaginary world. Only then one can see through the veil of illusion. Let go of unreal. Start by doubting. All you believe is not true. Test it.

Imagination is a tool. Once you wake up you can use it without being trapped by it. No more imaginary self, no more confusion. 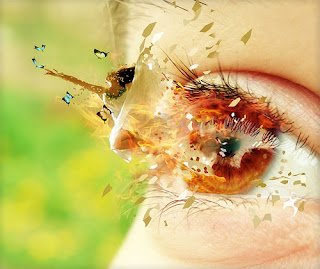 So today I invite you to look at the content of your mind and notice, that the world in the mind is a fantasy. What you believe is true- it's true only in your own imagination. Reality is nothing like what you think. Challenge that!

Thinking is not for children. One needs to grow up to start thinking for himself. This is not a joke.

If somebody challenges your way of thinking, the red alert kicks in and all you do is get personal, angry, frustrated, that is a clear sign that you are protecting beliefs, protecting the sense of self and rather than get critical about the "attacker" look closely at what are you holding on, this is the exit, that is the door. The less beliefs are in the system, the smoother the ride, less bumps on the road.

So what is the next imaginary thing that you are not ready to let go? If you start from "self", you will hit the bull's eye. This is the real deal. Find what is real. Challenge everything.

Email ThisBlogThis!Share to TwitterShare to FacebookShare to Pinterest
Labels: Beliefs, doubt, ilona marked eternal, liberation, Looking inside, no self, truth, waking up