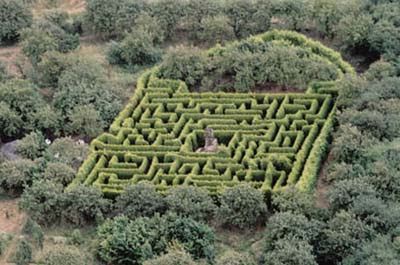 There is nothing to know, nothing to do in order to wake up. Searching for next bit of knowledge is pointless. Same like holding on to a model that is promising to set you free.

Isn't that just crazy, that everyone is looking for something, but very few are looking in the right place- inside. Even though everyone heard many times that this is the exact place to look. Of course, inside is difficult to look as it's like a labirynth of the mind.

All world is gone crazy. People prefer to sleep and dream about waking up rather than wake up from separation. Most are prepared to give power to models, systems, frames, work, just anything, so they don't have to think.

Thinking is difficult. Yes, when, you are living in the illusion of self, because the unawakened seeing it's the "self" that thinks, not mind processing thoughts so the more one glues self to a model, the less there is chance or desire to think. "Why think, when this fits perfect for me, I like the view and I accept it."

Illusion of self is reinforced trough attachment to an idea and identity created is stabilised around the model.

How to turn around and look inwards?

Watch the mind: it is always searching for questions and answers. Never ending string "what's next". Mind asks a question and is looking for an answer.

One question that can set the turning up is: "what is going on? Right now?", but rather than trying to answer, just look: awareness is.. all aware.. Within it sensations are.. happening.. now.. Feeling that?..< This is what is going on.

So in a story there is this imaginary person, who imagines her own life and everything in it. In reality there is life happening and mind interprets it through the lenses of ideas. 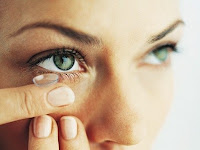 Like this:
The master lens is "self"  lens. "The separate entity that lives in the head and feeds on energy".  Or so it feels. But there is no entity, just imagination playing tricks. Maya, as it's called.

Imagine you are hypnotised. How would you know if you weren't? You wouldn't. Everything would seem normal. Like in a dream, rarely it happens that one wakes up in a dream.

So living a life as a separate self, as you, that owns it- is also just like a dream. You do not question that, because it does not seem odd, it's taken for granted, like in a state of hypnosis.

The whole world lives in a hypnotised state except for those who got out. And it's "self" that seems to be there when there is nothing. And that "self" is very convincing. It feels natural and undetachable, until it's examined.

Inspect the landscape of the mind: is there any idea that you feel attached to?- that is the glue that holds the illusion. The idea that holds attention is something that "self" is identified with. It feels like strong opinion, position. This is the trap- release the glue, by looking inside and seeing that this is happening- the holding on to an idea. Before it's too late.

Once the idea takes the dominant position in the stream of thoughts, the tension starts building. In the mind and in the body. Unless you see this happening at the start- you are in for a ride. The ride ends up in death or disillusionment, which is waking up. By consciously examining attachments to ideas one can resolve the mess before it culminates to explosion. See, you do not need knowledge, only intent to resolve what still needs to be resolved and clean up inside.

So now look inside, find that frame of mind that the imaginary self is holding on and examine it. Whatever precious model of reality there is- it's not reality. It's making you miss reality. Take that out. Discard, like snake sheds the skin. It's one less illusion clouding thinking, one less fogy lens.

Clarity speaks when mind is clear. No more questions. No more trying to fight what is or control, no more beliefs, just being.

Life is happening, being is happening, imagination is happening and being free from bonding to ideas is a peaceful place to be. Then mind can play with ideas and be free from attachments. It can explore life trough different lenses and be flexible, fluid. It can see from different points of view without becoming trapped by them.

That is freedom. When there is no self to hold on, there is no point that needs to be defended. One can relax into being and enjoy the ride.  :)

So look inside. You know, it's the only step to freedom.