A Journey To Find Magic Part 3 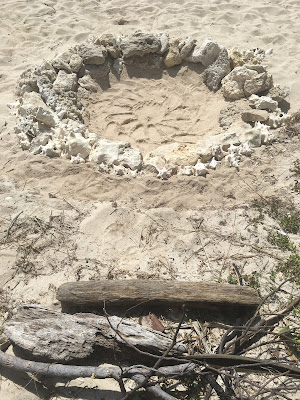 There was magic all around us, there was a deep connection to nature and people that gathered at the retreat. We had ayahuasca ceremony that was one of culmination points of the week. It was my first taste of what this medicine was about. Everyone had unique experience and we all collectively had a great time. No one was sick, no one was suffering. The medicine that Juan brought was gentle and kind. It was a different kind then Peruvian medicine and was called St Daime.

The ceremony consisted of three parts. We all drunk the tea three times. Each time stronger brew. After drinking it up we would sit in a circle, women on one side, men on the other. Diana and Juan would sing hymns that they learned from shamans, they would keep the space for intense energies to come up, which indeed came up. Then we would sit in silence for a while, with eyes closed, going deeper into an individual process. Then we would go to the sea and dance by the fire. Guy had his tablet and was composing music live, it was quite something. Then we would come back to the circle and drink another round of tea. Each round was more intense.

I felt no fear and the trip was not so visual. Just at the beginning, I saw shapes and forms, moving, some ants and insects, a few snakes passed by my mind's eye. The rest of process I was present in the circle, performing my own magic, setting intentions for the whole life to heal, whatever needs to heal. I prayed for all suffering to be released for everyone. I put the pain into the fire and asked the fire to burn it all away. The pain of past generations, the pain of present inhabitants, humans, animals, all of it. I felt that my role in the circle was to transmute dark energies into light. Which was surreal, of course, as it was a trip, but it felt real and true. I felt like a fairy, floating in the air on my newly found wings. I was smiling and laughing, holding the light in the circle, regardless of what was happening around. There were lots of interesting things happening! But I'm not here to tell other participants stories.

The biggest gift from this ayahuasca experience I got was love for Divine entering my heart and making itself at home. Love for my Self, life, breath, truth. I prayed for love, truth, and justice for everyone, it felt like my prayer was heard. I had a renewed sense of trust in life itself. 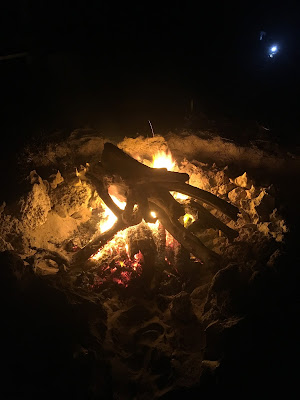 If I was to tell everything you would think I'm making it all up. This only happens in fantasy TV shows that are seen as fiction for the sake of entertainment. This experience was no TV show, but life revealing it's magical side that for most are hidden. I was feeling so blessed to take part in this event with my brothers and sisters. It felt that we met before and that we will meet again. There was an unmistakable sense of tribe being brought together so that we can do our work and be of service to this place called Earth. Each one of us had their own vision and we all have our part to play. I stepped into my role fully and consciously. I have no doubts about my path and I'm walking it with my tribe and on my own two feet. This was the gift of ayahuasca.

As the ceremony ended, nature reflected what was happening. It suddenly got so quiet and still. There was a circle of light clouds around the moon, no wind at all, complete discharge. Unfortunately, this stillness brought out hundreds of mosquitoes and midges that wanted our blood. Some of us got bitten, but that was a tiny price to pay for the magic that we experienced.

The day after the ceremony we all were spent out. Especially our beautiful priests, Diana and Juan. They have done amazing work and were resting. The last day was sweet. We got ourselves packed and ready for leaving. Some people had another go at bufo toad and had even more amazing experiences as the medicines we took, combined. I felt I had enough of all medicines and was in need of coming down. The journey was coming to the end. But there was one more peak experience to be had- a visit to a Mayan pyramid. 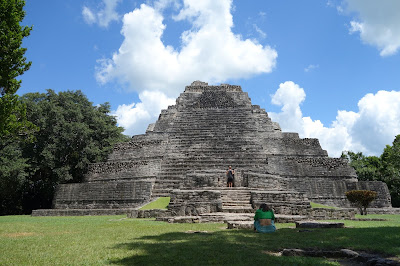 As it was the time of Equinox and travellers were gathering at the main sites, we certainly did not want to join the crowds of people. Apparently, the pyramids are well protected, one cannot touch them and people are allowed to look from a distance, take pictures, but not allowed to sit and meditate. Which sounds like some forces do not want people to know what the pyramids are all about. Three of us (me, husband and friend) visited the archaeological site of Tulum before coming to retreat. It was beautiful and impressive, but we could only walk designated paths and be among tourists as tourists. It was great and we took some nice pictures, but Mayan magic was unreachable. Juan suggested we go to some place special. And wow that was special! 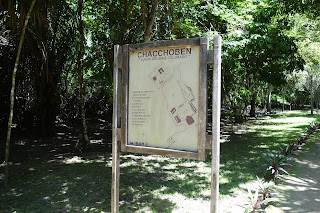 We arrived at the site of Chacchoben (Chak-choh-behn). I was exhausted and hungry, the sun was up high up and the heat was strong. But as soon as we entered the site all that was unimportant. We stood by the buildings that were so impressive and emanated strong energy. The small pyramid was awesome, but the big one once again left me speechless. Such immense power was felt. We were in a middle of the jungle, with no other people around, just our group and ancient Mayan pyramid in the whole of its glory, standing here for thousands of years, as if waiting for this moment. I was struck by awe. We started a meditation- we walked three circles around it, stopping at each of 8 corners- praying for whatever we had to pray. And I have never prayed in my life as I have not been taught by religions, but this felt real.

At the back of pyramid, I noticed movement- to my surprise there were huge monkeys, jumping from tree to tree, coming quite close to look at us. It was another time I said WOW out loud. To see these big primates free in the jungle was not only mysterious but somehow I felt so grateful. On the west side, there was a display of lots and lots of dragonflies, gathering around the top, it felt truly mystical. The sun was shining down the steps, illuminating spider webs, above which the dragonflies were dancing. Behind me were ancient trees, that I've only seen in pictures before. There was a rich sense of presence. 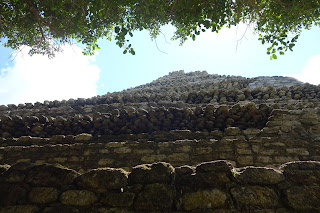 After we went around the pyramid three times, we sat on the grass and meditated. The moment was so rich and full. There was a sense of cosmic presence, of being invited to this mystical place by divine will. At one point I looked to the right and aligned to the pyramid, I looked to the left and there was a huge blue butterfly right in opposition to the pyramid... Flattering by… You see such scenes in movies, here life was living it.

A gift from pyramid was simple knowing what I am. I am THAT. Divine light, that illuminates all, from the center of the heart.


I could not really relax into deep meditation by the pyramid as I was being bitten by ants and insects as if they were working on my staying here, anchoring in presence with eyes wide open. It felt a powerful moment of just being. I also felt wonder of how did I get to be here?!
This felt like an initiation of some kind. Which means there is a whole lot more coming! 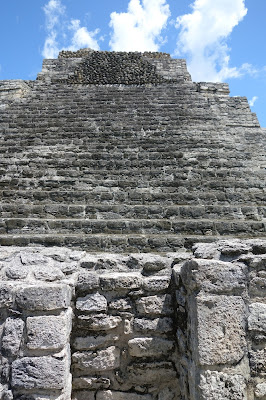 I can not count gifts that I received on this journey. The very best gift from this whole experience was meeting amazing people and being able to witness a transformation that we all individually and collectively went through. The caterpillar died for the butterfly to be born. Many butterflies were born. There was so much more light in everyone's eyes and smiles became radiant. I saw the huge transformation happening with my dear husband, he had a blast at the retreat. I came home with a new person. And our friend that came with us too, looked completely changed to the lighter, more grounded side. The gifts that the group shared between each other, each and every process that we went through together, has made us feel nurtured, accepted, healed and connected. I wish more people would be able to experience something like that.

A huge thank you to Barnaby and Brucelas for making this retreat happen and doing so much work holding the space. And Melissa for cooking delicious foods and being the soul of the kitchen.
My sisters and brothers, you are awesome and it's my honour to meet you and see you. Thank you, my teachers.
This event will never be forgotten.

Thank you for reading, hope you have enjoyed the story. Please leave a comment if you feel like. And check my website where I will put links to the new tools that technology has to offer in case you got curious about that. Tools are not needed to realise no self, but they are great for integration. There are various models and tools, some are more advanced than others, we all use them, whatever works. The incredible technology is here, it can be utilised to clean up all that debris that persists after realisation. The purpose of the technology or medicines is to accelerate inner journey. It works on all levels, physical, emotional, mental and spiritual. I am a witness of that as I saw a deep change in myself after a week of trying all these different modalities, I saw how the whole group was transformed, how radiance was indeed awakened.

Will see what happens next, the magic that was found is not lost.. We are settling in our old lives with a feeling of expansion and excitement.
This is only a beginning...

The conclusion: *whispers* magic is real. 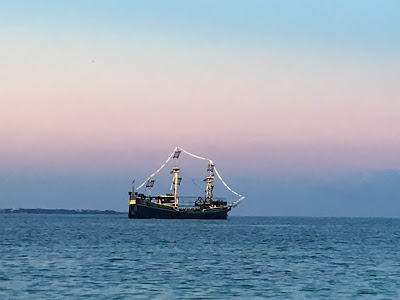