Meg: I Was Surprised How Simple That Was 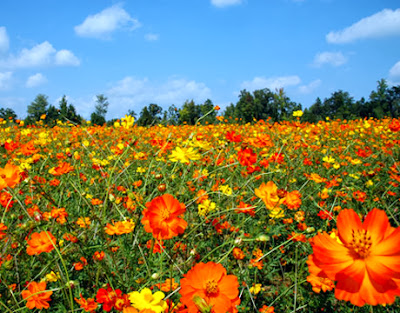 Hi Ilona,
I know my husband, Marty, has been in touch with you recently. I went through the gate with him about 5 weeks ago and I would like to check out if this really is the case. I know that you will probably be busy but would really like it if you had the time to respond to me. I know that it has meant a lot to Marty to have your response particularly as it was on your seven steps.
best wishes,
Meg

Hi Meg, so great to hear from you.

It's is a pleasure to meet you and Marty. I'm very happy for both of you.

It would be great if you could answer our last questions. Hehe, don't read your husbands' answers, write what feels true in your experience. I'm looking forward to read that!
......
Please answer in full, when ready.

Hi Ilona,
hope you are well. Lovely to hear from you, thanks for the questions. My answers are below. Didn't find it that easy to put things into words but have done the best I can,
love,
Meg

1) Is there a separate entity 'self', 'me' 'I', at all, anywhere, in any way, shape or form? Was there ever?
The idea of me, I, self, is so universally accepted that I had never stopped to think about it before, that was just how it was. When I went looking I was surprised to discover that the ‘I’ that I had thought was running the show could not be found. I took the time I needed to have a good look, it was easy to see that my body wasn't ‘I’ , it’s getting older and certainly wasn't under ‘my’ control, and it seemed very good at doing what it needed to do without any one telling it what to do – digesting food, scratching an itch, walking about. Feelings and emotions too were not under ‘my’ control, anxiety, anticipation, aversion, all arose all by themselves. Thoughts took more looking until I could see that they too bubbled up without the need for someone to think them and flowed on until they ceased of themselves. What I had thought ‘I’ was doing was, in fact, just doing itself. Seeing this I felt a little sad to let ‘myself’ go, an image of taking off and setting down an old brown coat I was fond of.

The week we went through the steps my husband and I would read one of the steps after breakfast and then take the day to think and talk and look, usually, at some point, going for a walk out into a large country park close to where we live. For me understanding on a deeper level can sometimes present itself as an image and on one of these days, as I walked along there was an image of all the aspects that I had identified as ‘me’ falling away – no that’s not me, no that’s not me either, until eventually all that was left was a bright aliveness, and ‘I’ was nowhere to be found. Surprisingly I didn't feel bereft but like a weight off my shoulders, a sense of relief and more space –no ‘me’ to hold up, protect, burnish, adjust, hide bits of.

2) Explain in detail what the illusion of separate self is, when it starts and how it works from your own experience. Describe it fully as you see it now.

In my experience I've

spent a fair bit of time and energy on ‘myself’; developing this bit, trying to suppress that bit, feeling ashamed of this other aspect, polishing it, tending it.

How I see it now is that this body and all the bundle of habits, tendencies, processes etc that I had labeled as ‘me’ is still here doing its thing, nothing has changed in that respect, (and a pretty amazing thing it is too) but that’s what it is – a label for that bundle. I’m not suddenly a blank sheet, but now it’s as if these things have nothing to cling on to. So anxiety about my sons well being still arises but it’s not ‘me’, concern about what people will think, irritation, caring, tending, doubt, all not ‘me’. Also it seems easy to be straightforward with people instead of a tendency to be always careful how I put things because I don’t want people not to like me.

3) How does it feel to see this? What is the difference from before you started this dialogue? Please report from the past few days.

Before I began the steps I had read one or two accounts in the Gateless Gatecrashers book but once I had decided to follow the steps for myself I stopped reading as I didn't want to have any preconceived ideas of to expect, I wanted to come to it with as few expectations as possible and I think this was helpful. I was surprised at how simple it all was, the sense of relief that there was no ‘me’ to protect and project. There was a sense of space, like being in a big meadow full of flowers, there was tears and laughter too.

4) What was the last bit that pushed you over made you look?

Walking in the park, getting out into nature and looking at the trees, the grass, the animals all just being, doing aliveness, without the need for anyone to be in control. An image came to me of a fetus, in my mind’s eye I saw it grow and become a baby and be born and become a child. The mother doesn't grow the developing baby by an act of will, nor does the baby grow itself, but it grows and develops and gets born and becomes a child – my grandchildren came to mind– life expressing itself- how marvelous. Everywhere aliveness, life living itself, expressed as beings, animals, plants. And my heart so full and open. Then a thought that I too was part of this, not separate from it, my being too was just another expression life doing aliveness – and this brought tears and joyful laughter.

5) Do you decide, intend, choose, control events in Life? Do you make anything happen? Give examples from your experience.

My life is going along fine without anyone in control, just as it always has done of course- food gets made, appointments met, meetings attended, tasks completed, children cared for, seeds planted, pots washed. But now there is a sense of going with the flow, letting it unfold, a lightness of touch. Happy to be doing what I am doing. Shortly after ‘the gate’ my husband and I took all five of our grandchildren (aged between 4 and 14 years) camping in a tipi in the Lake District. The facilities were pretty basic, the weather wasn’t too good – cool and sometimes rainy – and the children were just a bunch of children. It seemed very clear that it was all just happening now, things just unfolding of themselves, with no one needing to be in control. And me just going with the flow, enjoying their company, the rain on the roof, watching them asleep.

Thank you. I have spent many years as a Buddhist, going on retreat, meditating, studying, working on ‘myself’ . And then my husband, Marty, came across the LU site and materials and was really fired up by them. At first I wasn't sure if I would do the steps, but I was curious and thought that if I followed them honestly I had nothing to lose. So simple, so straight forward, nothing mystical, just ‘go look’, so I did.


Thank you very much for writing all this out. It was a delight to read it.
Would it be OK with you if I put this in my blog for others to read, I can use your name or whatever name you prefer.

I have no questions for you, all looks clear! I'm very happy for both of you.

Created by Ilona Ciunaite at 12:19