An Email from Penny


Hi Ilona thank you for getting back to me. I read about some changes on your website - I wondered what that would mean, so a big thank you for sticking with me. I hope this shift will be full of joy. 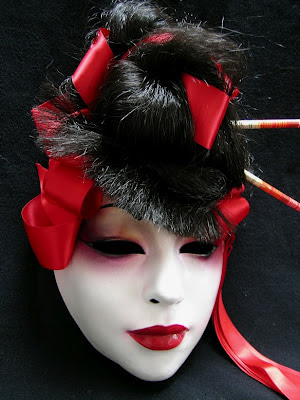 I'm really happy to have these questions because I sense there has been a huge shift in being. I've read people talking about shedding and I feel that's what's going on. It's like more and more is being revealed as being not real, it's like a constant eyes opening experience!

No, there is no 'me'. This is actually hilarious and a bit of a "mind-f***" during the process but clearly there is no such entity, at all, anywhere, in any shape or form. There was never a me!

There is no separate self/me at all. There is a body, known as Penny, which has senses - sight, hearing, taste, feeling, smell. However, the idea of separateness of "penny" from the experience of living is an illusion, a story. It's like that line in the John Lennon song Beautiful Boy " life is what happens while you're busy making other plans". "Penny" has been acting out various parts or roles in her life, like she had a persona or role of headteacher for a while. In that role she behaved in a certain way and made certain decisions. She did this with her mind which is able to think and reason. In this mind there is a memory. When this mind accesses the memory certain feelings arise - happiness, sadness etc. Thoughts also arise. Other people too have an idea od who "Penny" is - all different!! But while all this role stuff is happening, Penny's body was going right on with living and feeling. This is the immensely powerful thing - there is nothing to look for, it's here already!!

So separate self does not exist. It never existed. What there was was parents telling me how to behave and what to do. Good behaviour - bad behaviour, rewards, punishments, learning how to operate with other people. This created a sense of self. An illusion of separateness, if the "I-ness" of Penny as distinct from other beings. Then school - aspirations, logic, deferred gratification, expectations, achievement, culture, art, artifice. All this serves to create the illusion of a separate self, a "civilised" being who can control what happens. This is not real!

2 explain in detail what the illusion of separate self is, when it starts and how it works.

Initially parents. We love to label! With a very new baby we might talk about temperament, characteristics - "she's happy /contented/fiery" etc etc. But very quickly that becomes a story! My mum, until she died, believed I didn't like strawberries. Maybe I spat a strawberry out when I was two or three. It was probably an expensive strawberry or a special occasion like a birthday party so she labelled me as her daughter who "doesn't like strawberries".  I used to have this profound sense of separateness from my mum because she labelled me so much "you're so clever, so this, so that, blah blah blah but you're really bad at washing up, and you don't like strawberries which are the most delicious fruits in the world so you're very odd really, because I wash up very well and I love strawberries". So you could have alienation from parents or you could have profound egocentricity because they've told you you're so wonderful - or you could have a bit of both!

Whatever you have it's an illusion because in fact there is no separate "you" at all. The whole thing is just a story, first of all in other people's minds and then IN YOUR OWN MIND. Then of course you go to school/uni - more labelling, more stories. More layers of a self being built up. Then you get a job and you are really in a mess. Now you are really acting out big time!  I used to think "this Headteacher person isn't really me" but I failed to see that in fact there was no me!! Husbands can be interesting "This is who you are/this is how I need you to be/I'd like you to be more like this and less like that/ try harder"!!  Your own  children develop their own story and sense of self and it starts all over again!!  My little grandchildren are still pretty real - you can spend hours just being, looking at beetles with little grandchildren - but already the stories are emerging. One already says "I  can only go to sleep if you blah blah blah". Oh dear :-((

Amazing! Things are happening - love is happening, openness is happening. Just contentment with what is, freedom from anxiety, expansion.A feeling of intuition, of being drawn.  A desire to be with some people (but not others!!).

4 How  would you describe it to somebody who has never heard about this illusion?

I  think I would have to take them through logical  steps.  Because any description is going to be so subjective. Perhaps I could say "it's like everything you've believed isn't there anymore, you believed in yourself as a separate person but what is a belief? Can you touch/see/hear a belief?".  So "you" as an entity is an entirely an illusion, a story which has been made up by other people and also by you.So you're free - not because you can be what you want but because there is no separate "you" -  everything is free, freedom is just there!

5 what was the last bit that pushed you over, made you look?

Ironically, you not writing to me!  I got very impatient, then depressed and then I just realised the ridiculousness of me waiting to hear from you. I thought, "I know the answer"!! It is what it is, the answer is there!  And me wanting to hear from you is the last vestige of my "self" wanting someone else to tell me something.  Ha!

Thank you so much for guiding me, Ilona, thank you from the bottom of my heart. I know you'll let me know if there's still bits of "me" you can discern!

xxxxxxxxxx
Created by Ilona Ciunaite at 23:49