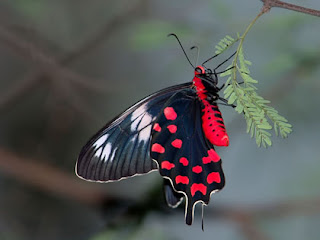 I had another opportunity to assist somebody to cross the line. I give you the best of fresh seeing by GiulianoR, if you like to see the whole procces read it here.

"First I want to write out the fact that there is no me in the most simple way. It's mindblowing really how the entire civilization is build on this false assumption. It is hidden pretty deep, I had to dig and put everything I thought I knew away to see it."


"Today I was at a forest by myself, taking some time to really focus and take the final look.

And I have seen it, for real. This is it. It's really not what I expected. There's no great realization or some magic stuff to it. Just a thing that's true. It would be really ordinary if everybody saw it. It is probably the most logical thing I ever encountered in my life. There are two things I know for sure now.

1. There is existence as in: reality exists
2. There is no thing that has the qualities of a self

The world is a lot simpler than before. There are no layers anymore. If I compare this to were "I" was a few weeks ago there is one thing that stands out the most. First, experiencing the world was like looking outside the window of a small dark room. Everything filtered to the assumed self. People make the world so small and limited by the assumption of self.

Now there's just freedom. Freedom to do, feel, try whatever comes up. There is no me choosing or doing but choices are definitely made. That's the tricky part that I couldn't see before. I assumed that to see there is no me would change the way I interacted with the world. Well, not at all. It's just the same as before. Because: THERE WAS NEVER AN I TO BEGIN WITH."


"There were a couple of key elements that kept me going:
1. I kept telling myself: this must be simple.
2. I was harsh on myself, willing to question everything.
3. I had faith that ‘the truth would set me free’.
4. I was hitting it from all angles; if something didn’t work I abandoned it.
5. I did not take myself (which doesn’t exist) too serious.
6. From when I was young I also had a feeling that I wasn’t really responsible for my actions. There was too much random stuff going on, it just didn’t seem right. I really wanted to know why.
7. I JUST NEVER QUIT. NEVER. "


"I must say nature did a lot for me today. In the end it’s stupid that I was waiting for the right moment and circumstances to really look. But anyway it was what gave me the final push. First I tried walking around with an empty mind. Then I sat down. Looking. Not at thing but at the totality of it. Just being there with reality playing itself out before my eyes. Birds flying, dogs walking by, leafs moving in the wind. It was all so real. Then I tried to look inside to find a self. Of course I didn’t find it. The what I did was try to build up a feeling and image of self. Tried to make it as strong as I could. Well, I couldn’t. While sitting there I read something StepVhen said about there being thoughts about a self but not even a thought was or showed a self. Like a collection of thoughts dancing around this empty space. Then I ‘admitted’ that there is no me. Perhaps this is not the right word. I saw it. That doesn’t fit perfectly either. I KNEW it. No question. There is nothing inside this body or mind that is anything like a self. There is nothing in the whole fucking universe that is anything like a self. Things just are what they are. Do what they do. Nothing more to it. Stuff isn’t happening to anyone or something. It is just happening. Like I read a thousand times here: fingers typing, thought flowing, seeing without a seer.

What is left inside is a feeling of space. Infinite space."


"Please all. I’m begging you. Be honest. Question everything. Never give up. If I can get this, you can. Focus on the fact that there is no you. Do NOT take that sentence for granted. Explore it. Hit it from all angles. Really if you recognize this you will know. As long as you don’t: keep focusing on the absence of a self. Test the hell out of it. Therein lies the key.

If you feel that you are ready to look for yourself but need some guidance, email me. It's really not that difficult to see. It is already here, it's just a belief that stand in a way. And a bit of fear...Once that clears up seeing happens.