This story as every other story is telling itself. It's a story about stories.

Being a human is kind of like visiting amusement park of stories for life.

Humans love stories, it's a great source of entertainment. Look at movie industry, books, news... everyone loves a good story. And there is this story of our own life being told. How fascinating.

We, as humans, spend every minute thinking. Thoughts come as images and sound like never ending commentary that is telling what is going on. There is so much going on! The past - the present- the future all is happening right now. And so many associations, so many emotions are stirred up. It's madness. And there are different voices too, good and bad, wise and stupid and they talk to each other and pretend to be him or her replaying events and creating scenarios.

And so stories rule the mind. 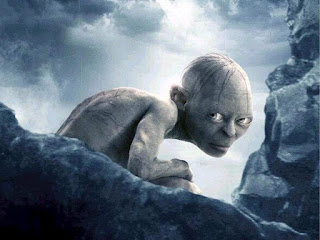 Of course mind has other functions as practical mind and mathematical, logical and philosophical. Whatever. Everything is being taken over by stories. As that is what human thinks he is- the sum of all parts, me.

It's ok when story about me is good. It happens that for short quiet time story is peaceful and exciting and blissfull and great. But for a normal human the stories are about "not being good enough" or "not enough", or about what is wrong and needs to be fixed. It's a constant find and fix a problem, if you can not find one, create one game..

"I am not good enough" - is a typical story, the main story about human suffering.

I am not good enough... It's a sad story about guilt.

It's really a joke.  Because that story is only a pattern of thinking of habitual thought. Do you ever stop and take a look if that thought is true? No, of course not, it's so ingrained, that doesn't even cross the mind to ever do that. Well, you should.

So once you start looking at this really closely, something pops up into view. : ... There is no I... I is not a story teller. Neither it is a commentator. What a shocker and it's really funny, a bit disappointing, perhaps - and here you have another story started in a head..

It's never ending. It's an amusement park... No Get of The Ride button.

Anyway,  so you see that there is nothing behind words I/ me, words that points at nothing else, other than direction of what the story is about. ( it's about me or about you, or Batman.. )

Story is telling itself and it's how it always was. And when you take a look at that story, it reveals itself, what and how it's happening.  It's inevitable.  It's part of story too.

See, every story has beginning middle and the end. And they are all playing out. Like programs, like spring- summer- autumn thing, there are steps and seasons.. Whatever story is playing out the structure is the same. No skipping parts.

So if I look deeply I see that there is this epic story about life of me: from birth to now, later to death, the story of biography, that tells which school i went and what were my classmates names, and who i liked and didn't. Then i went there and met these people, yesterday I saw a clown. Yeah, that kind of neutral, innocent narration of events. Labelling of actions. The primary story of events that happen.

This story would be great, if not the sad commentators, that always remind of not good enough. Their comments only create tension in the body and craziness in the head. The commentary is just like a radio only there is no choice of channels. You wish it was, then your life would be great: all positive, fun, peaceful and lovely. But you got only one channel and it's telling same stories over and over again. Boring...

Imagine if you had only one TV channel and never ever switched it of. After a while there is nothing interesting going on, all same old. and the adverts drives you crazy and you try to ignore, deny what is going on or talk back at it, but you have no clue, that TV can be switched off. It can. So can this commentator in your local radio "my head".

Thing is, there is much more going on then just this one radio station. There is life happening with or without story, with or without mad judge in the head. But since you are so absorbed in 'my' story, you miss what is right in front of your nose: There is no owner of the story. It simply is telling itself.
And here comes that special thought 'me'. It's like a bug in computer program, I call it I virus, maybe it would be better to call it my-virus.

So this Me is believed to be most precious most guarded thought, from which all thinking and doing happens.  But thought can not think and it can not do anything other than appear and disappear away, it's a unit of information. Me is a thought, a thought pointing to thoughts and images about and me. No real me to be found, no wonder why...

Picture this thought 'me' like a label on little box which contains all that is connected to the story of me. The big golden letters are the label on that box, nothing else. A tag.

Can you see that  humans spend their entire lives trying to improve and protect that 'me'?

And funny thing is it is not realy your me that you want to fix and protect, but the STORY about me.  This me is just some character on the radio assumed for real separate Me. Yeah. No wonder why life sucks. It's so much work to try to control what happens to me and what other characters think of me while commentator is carried away talking. Take a look for yourself. Comments can not be stopped at will. If i was the commentator, I could stop telling the story same way I can stop talking aloud- I shut up. Now try to shut the judge up. Good luck. Ha. Is it true that story goes on by itself and is followed by a commentary that is constantly judging whatever is going on and mostly not in a good way?

Is it true, that life goes on with or without story? The story is part of life, but it's a reflection of beliefs about life.