The Trick of Language 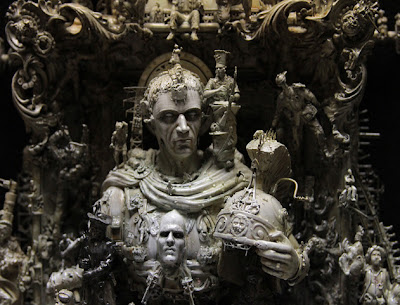 Our thoughts appear as words, strings of words, joined into sentences. Words tell a story. The most important story is the one about me.

Because of the way language is constructed, we have labels for objects and we have labels for actions. Every word is a pointer to something, be it practical things or imaginary stuff, but words themselves are only labels. Like house, car, woman, cat, thought, feeling, sun, etc. Nouns are pointing to objects, ideas, something that is solid. There is no movement in solid things, so we learn.

When we express some action through words, there is always an assumed doer of action: I breathe, I walk, I watch TV, I hear a sound, you listen to the music, we are having dinner, a car is passing by. There is always someone/ something there that is doing something. But when we look up close and try to find that doer, it's nowhere to be found, it's only a construct of language, a word I assumed for a real entity/doer.

If language was constructed just from verbs, the world would feel quite different: Breathing, typing, looking around, hearing the music, talking to a friend, walking, eating... All the action could be expressed without a subject and it would still be pointing to the same action. If word I is dropped, nothing changes.

I breathe -- breathing is happening. See, there is no breather I. There is just pure action. And because of language we get confused and assume an identity. Word I becomes the centerpoint of life, one that needs to be protected, defended, and looked after. Great. But it's only a label, that points to nothing that can be perceived by senses.

Ilona is typing this. I am typing this. Typing is happening. It can be expressed through different words, but the action itself does not depend on how it's labelled. Instead of using word Ilona to point to this body, it's agreed to use word I, it's convenient in a conversation with you. But neither Ilona, nor I is doing the typing. Typing is happening effortlessly as next thought comes up. 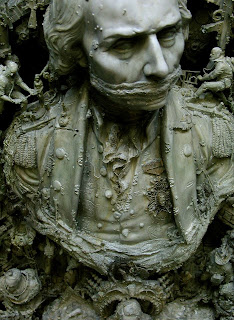 Life is going on by itself, without a doer, manager, observer, chooser, witness that is somehow outside of what is happening. There is this illusion, that I/ me is here, but it's only words that point to story about I/me, no such thing as me exists.

Language is a tool. Somehow humans became victims of it through assumption of separate entity. This identity I/me only creates misery and unnecessary suffering. It's a cosmic joke. Humans not only learned to speak but also learned to never question this identity, as everyone around are trapped in the same soft prison of words.

What is here in between the thoughts? Just this- raw sensations, feelings, perception. Being- as in verb. And thoughts tell a story about this, where I is the main character and you are separate from me.

Try to find that I that is making stuff happen. The funny side is that's it's not even hidden, it's in plain sight and with a little bit of curious investigation, it's clear, that me lives in imaginary wold, only in stories about me. When story is taken seriously, all kind of drama spins out. At this point, just remember, whatever story is being told, it's fiction. Life goes on regardless what words are used by the mind to describe it.